AMAZING GRACE by our Melbourne Cup winner PROTECTIONIST once again showed a great performance in the €155,000 60th running of the Gr.1 Preis von Europa, finishing an excellent third after 2,400 metres with Olivier Peslier in the saddle. Trained by Waldemar Hickst for her breeder Dr. Christoph Berglar, the four-year-old mare, who is a model of consistency this year, settled in the front from the start in a field peppered with two Derby winners, enjoyed a perfect, undisturbed trip and kicked off powerfully leaving the final turn. With one furlong to go, she was still involved in a thrilling three-horse battle but eventually had to let the first two finishers pass, yet defended her third place with lots of spirit. 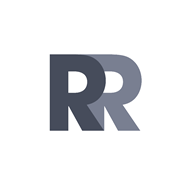